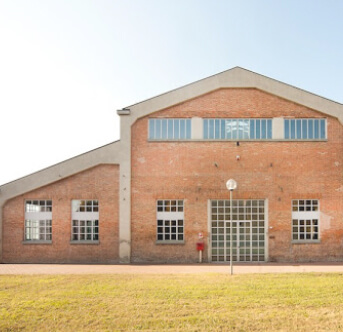 The Fondazione Nazionale della Danza was founded in 2003 with the Emilia-Romagna Region and the Municipality of Reggio Emilia as founding members.

We develop our producing and touring activity under the name ATERBALLETTO, the leading contemporary dance company in Italy and the first permanent ballet-producing organization apart from Opera House companies.

On the artistic level, we pay attention to the productions signed by some of the most important choreographers on the international scene, as well as to different styles and younger generations. In addition, we aim at stimulating the spread of a dance culture in Italy at 360°, and right for this reason we produce in partnership with public or private organizations, from different disciplinary fields, with a particular focus on the social and educational vocation.

Site-specific performances, commissioned productions, shows dedicated to the world of fragility or to children, vr experience contribute to the enrichment of the new repertoire under construction.

We received recognition as Production Dance Centre in 2015, in this way enabling artist residencies, hospitalities, and performances by Italian and international companies. The significant dance projects we offer at regional and national level make it unique in Italy. We organize events, dance seasons, and a variety of projects that promote wider public interest and awareness of the world of dance. 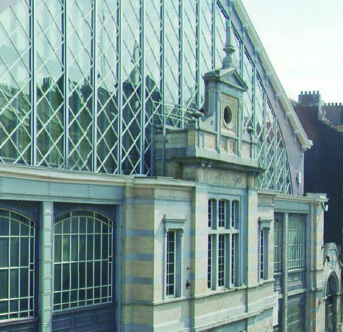 There is no creative idea that would not fit in Les Halles: its unique dimensions make it the perfect space to reinvent performance and find unique ways to break the fourth wall.

Les Halles is a space open to everyone: we are all about participation and outreach. Sometimes egoist, sometimes collective, just like the world we live in. We are open to the hopes and changes faced the people who make Les Halles: from our neighbours to those coming from far away land. We are showing the best work coming from all over Europe, looking for answers to the big questions of our times. We explore new passions, adventures, and freedom.

We also host other types of activities: between 3 days and 3 weeks long, these special events gather professionals, students and amateurs. We combine academic thinking and emerging practices: reflexion and direct application. These events are unlike anything you would have seen before: Foire-Attraction, CIA Fair, the Astronautics & Leisure Fair, Assemblée d’Avril or Bruxelles-Africapitales.

Last but not least, Les Halles work with emerging Belgian and European artists to support their development. We are executive producers for some of the best companies from Fédération Wallonie-Bruxelles and also co-producing with other partners the best of tomorrow’s performances from Belgium and Europe.

The Greek National Opera Ballet was founded in 1939 together with the opera department of the National (then-Royal) Theatre. Its first director was the acclaimed Czech choreographer Sasha Machov.
Initially, it operated as an opera ballet, meaning that it participated in the company’s opera and operetta productions, though it also occasionally staged it own dance performances.

Over the years, it became more ambitious and immediately after the Greek National Opera became an independent body from the National Theatre in 1944, it began presenting productions that were exclusively ballet, such as, for example, Manolis Kalomiris’s The Death of the Valiant Woman and Georgios Sklavos’s The Eagle. The company began adding grand romantic ballets to its roster in 1980. In 1994 the GNO Ballet came under the directorship of choreographer Leonidas de Pian, who was succeeded in 1999 by Anna Petrova. In 2006 the post went to the acclaimed Canadian dancer and choreographer Lynne Seymour, who was followed by Russian dancer and choreographer Irek Mukhamedov (2007-10) and then by Christiana Stefamou (2010-2011). Italian dancer and choreographer Renato Zanella took over the ensemble in the autumn of 2011. In 2016, the post went to the international Greek choreographer Antonis Foniadakis and the next year to renowned Greek choreographer, director and artist Konstantinos Rigos.

The GNO Ballet has participated in the Athens and Epidaurus annual summer festivals since their founding in 1955 and has appeared, among other venues, at the Olympia Theatre, the Athens and Thessaloniki concert halls and the Herod Atticus Theatre. It has toured beyond Greece, in Egypt (Cairo 1999, 2000), Turkey (Aspendos 2001), Australia (Sydney, Adelaide, Melbourne 2002) and France (Paris 2005), while also appearing in the context of the Cultural Olympiad 2000/4. In that same year it was awarded the Apollo Prize by the Society of the Friends of the Greek National Opera.